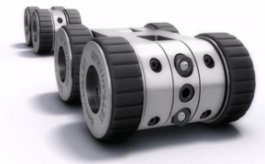 This technology was invented by the founder of Robotics Design Inc., Mr. Charles Khaïrallah. In use in over seven ground-breaking products worldwide, ANAT™ technology represents robotic architecture of the future.

The invention consists of a series of motorized U and H shaped modules that function much like cells of the human body; they work together to achieve a common goal. These modules connect to each other along four points, allowing them to evenly distribute pressure amongst themselves like the simple yet timeless design of the Roman arches. This allows ANAT™ robots to carry exceptionally heavy payloads, and withstand pressure applied on any point of their modules. ANAT™ modules can be configured into a diverse spectrum of robot configurations such as fixed manipulators, mobile robots, flexible ergonomic arms (up to 32 D.O.F.), and much more.

Motors are contained in the central axis of each module, so regardless of the quantity or impact point of outside pressure placed on the module, no strain is placed on the motor. These modules have one degree of freedom each, bend and fold relatively to each other along their axis, are highly flexible and able to avoid obstacles with ease. Modules can be connected in a myriad of configurations like Lego blocks, and can be reconfigured from their initial form to form another robot. This allows the same modular technology used in the design of an arc-welder or pick and place manipulator to be re-used in forming a mobile robot such as an unmanned mining vessel or vehicle.

A robot using this simple and innovative architecture which performs a single specialized application can be formed by modules varying only in size, or a single robot can be formed to specialize in several applications, with the only variable being attached accessories. This also drastically simplifies and reduces costs for maintenance, as a faulty module can be easily replaced with an identical one. In short, nimble, adaptable and durable modular robots are now possible through our technology, and new products are born into the ANAT™ robot family daily.

Statistics and publications show that the future of robotic hardware will be modular. Modular robotics is an emerging market, and robots will be made on a custom-design basis. Because of its modularity and flexibility, ANAT™ technology is able to respond perfectly to this challenge.

The main advantages of using patented ANAT™ technology is the simplicity and robustness of the robots it generates, as well as the low cost of manufacturing them (very few types of modules need to be mass produced, and many types of robots can be formed from them). 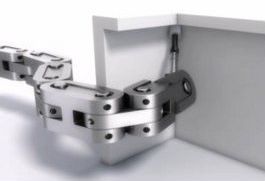 These robots are also highly dexterous and excel at obstacle avoidance in a limited workspace. Their rugged industrial design also allows for a high payload carrying capacity, and they are able to move at high speeds with optimized power consumption. ANAT™ technology has an incredibly positive impact on industry productivity, as modularity gives factories the ability to create different products from mass-produced identical modules. Using modularity, the cost of manufacturing robots decreases, and fault tolerance is increased. If a module fails, it can easily be replaced without disrupting the rest of the robot, making repair work simple and cheap.

This will also help move society from the industrial era to the modern era, allowing a more intellectual workforce that is more concentrated on service and innovation then on repetitive tasks that require little to no skill.

We believe that this Robotics Revolution will allow higher quality goods to be produced faster, with less errors and imperfections, and with less energy consumption. 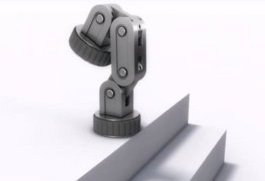 These changes will have a positive effect on the environment while making a company more productive, and we will go as far as to say that once this technology is main-stream, factories that do not take advantage of it will not be able to remain competitive. In the future, robots will also replace humans in a variety of tasks for safety reasons. For security,defense, exploration, mining and other tasks where personal security is threatened, a modular robot will perform, which will stop countless workplace accidents in hazardous environments worldwide.

In summary, we believe that ANAT™ technology represents the future of robotics, and will improve the world we live in, in ways that few have only dared to imagine.